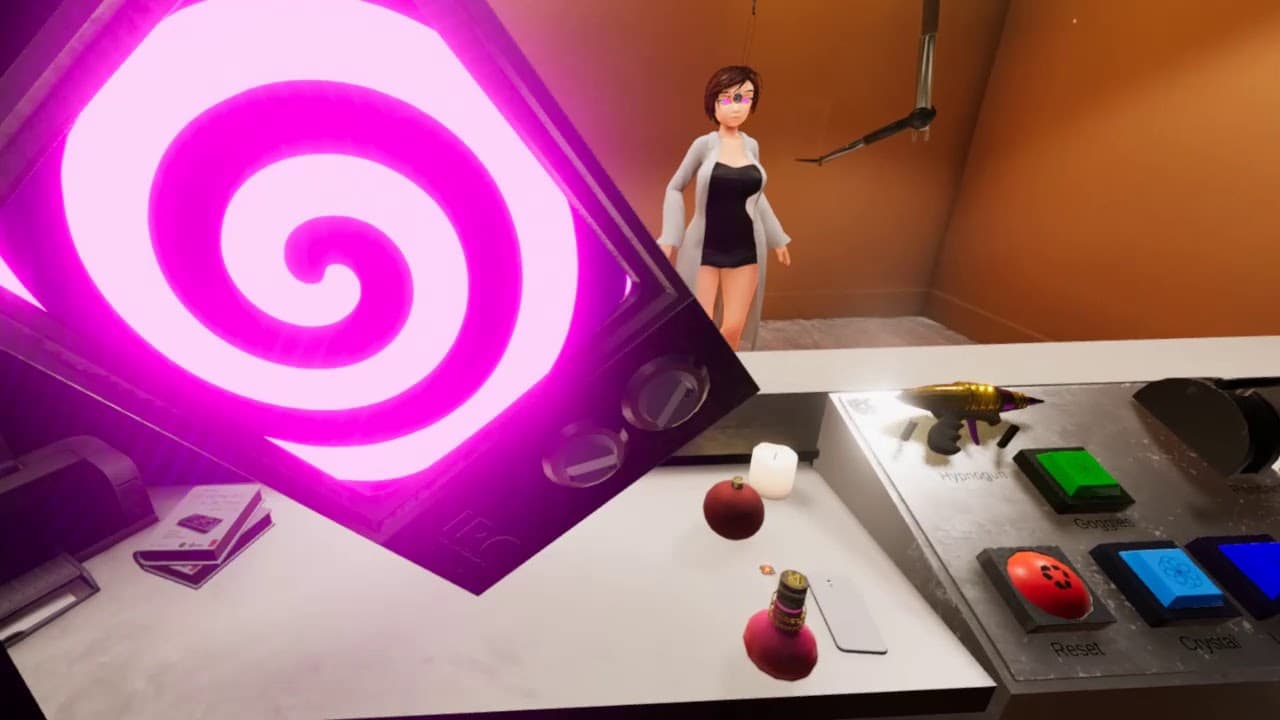 Hypnolab VR is an adult VR game with a cute art style and a playful fetish theme. The game is developed by TinyHat studios and features an adorable brunette girl who wakes up to find herself in a strange science lab run by a sex-crazed psychologist.

The graphics are refreshingly original. They represent a stark departure from the polygon mannequins that litters the adult section of Steam VR. Any VR sex game that doesn’t just use stock DaZ models at this point gets a positive nod from me.