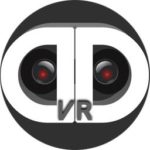 Lean back and enjoy the ride as this vixen grinds her hips against your pelvis in this hot VR sex animation from DarkDreams.

This chick used to want battle. Now all she wants is sex. Hypnotized by the money, power, and fame on social media, this Summoner’s Rift vixen nabs a D-league b-ball player and shacks up with him in a studio apartment.

Animation by Firebrand and sound by Laarel.

Be the first to review “Bimbo Sex” Cancel reply