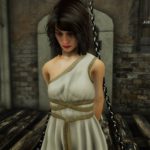 My Lust Wish is an adult RPG with VR support. The game is built on Unreal Engine and features a beautiful open world, a deep story, and compelling gameplay. Please support the developer by visiting the MyLustWish Patreon page.

My Lust Wish was inspired by Skyrim mods and “Bully” by Rockstar Games. The story revolves around a young blonde girl named Ashley who traveled from a small town to the city in search of higher learning. Surviving campus life is more difficult than she expected and Ashley has to learn to navigate the city on her own by earning her own money and taking care of herself for the first time.

You decide the course of Ashley’s life as she explores her new surroundings and her newfound womanhood. Whatever you wish she will do as you increase her lust level to unlock content.

1 review for My Lust Wish