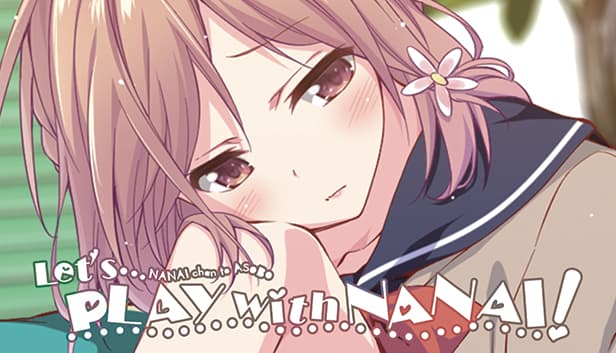 Simply strap your controls to a sex-doll or pillow, and soon you’ll have Nanai reacting to your thrusts and movements in real-time.

With Nanai, you’ll be able to say you’ve actually had sex with an anime girl. How cool is that?

The gameplay is the standout for this particular VR sex game, although it does provide for a tamer experience than what some may be used to.

This was an intentional choice on the part of the developers, as they wanted this to be an immersive simulation of the player’s first time with their girlfriend, Nanai.

Nanai seeks to cater to a more vanilla experience, as opposed to the more lewd offerings that these games are known for.

With this in mind, you’d expect certain aspects in the game that are unfortunately lacking. The only way to interact with her is through sex. You aren’t able to kiss or touch her as you’d expect. Without these elements, it is difficult to appreciate the tone this game tries to elicit, and it can take away from the immersion.

Nanai’s appearance is straight out of your favorite anime. She has two clothing options to choose from: an adorable school uniform, lingerie, or her birthday suit.

These outfits as well as her physical characteristics help to sell the innocent tone the game tries to achieve.
But while Nanai may be adorable, she doesn’t interact with her environment as seamlessly as one would expect. She feels more like an asset placed into a bedroom, which strips the immersion this game strives to provide.

One example of this you may notice is that when she’s on her hands and knees, Nanai sometimes seems to hover on top of the bed. This may be based on how you position Nanai, but it can still pull you out of the moment.

But these are small complaints, one that a player might not even notice in the heat of the moment. The graphics still do a fantastic job making you feel like you’re in an anime.

You can play this game in two ways – either utilizing the VR controller in conjunction with a doll or pillow or by making use of the game’s ‘gaze controls’.

The gaze controls aren’t very intuitive. They lack text descriptions, instead only conveyed through basic images, requiring the player to experiment to figure out what they do. Once you manage to figure out those options, you’ll see you have the ability to change Nanai’s clothes, her skin color, and her position on the bed.

This gaze control option can take some of the momenta out of the game. If you want Nanai to change position while in the heat of the moment, the player would have to lift their head and stare at one of the buttons until the change took place. It’s a nice idea in theory but isn’t really comparable to the seamless experience you can have with your controllers.

Speaking of which, the second option is where the game shines. Once you’ve strapped one of your controllers to an object of your choice, Nanai will move in conjunction with it. So, if you decide you want her on her back, you just flip the attached object, and her body follows suit.
It’s the best feature of the game, and despite the lack of any in-depth touching options, it helps to sell the experience. These controls ultimately make Nanai feel real.

Both the amount and volume of Nanai’s moans increase based on how you’re moving, so you can feel like you’re doing something good for both of you.

Let’s Play with Nanai is both interactive and immersive, and allows the player to feel like they’re having sex with the character.

This game has a lot of potentials and brings some fresh ideas to the VR world, but also lacks some of the key elements that make other games in this category shine.

Yes, there is a decent level of feedback from your thrusting, but it would be nice to see some more ‘cute’ things implemented, such as kissing or touching.

Overall though, Let’s Play with Nanai is an enjoyable, immersive adult VR game. If you want to try the free demo and experience the cute graphics, you can do so here.