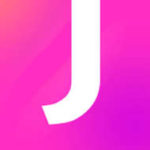 JennyVR is a sex simulator built for Android that can be enjoyed on the Oculus Quest. Note: The free demo version is for Google Cardboard. The paid version is for GearVR and Quest.