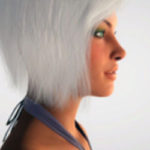 Mirage is an adult VR sandbox that empahsizes realistic graphics and deep customization. Please support the developer by visiting the MorganaVR Patreon page.

Mirage aims to be the world’s leading VR sex simulator. By allowing users to import their own Daz3d models in the future, the developer hopes to leverage the power of community-created content to build one of the most versatile VR sex games ever created.